Jonathan Winbush is an accomplished motion graphics artist whose career has spanned industries. He currently runs his own studio, Winbush Immersive. His work and collaborative history include Happy Madison Productions, Warner Brothers, comic giants DC & Marvel, Discovery Channel, and even Oprah Winfrey. After years of recording “How To” videos to help keep track of some of his more complex workflow activities, he began sharing them with peers in his industry when asked for assistance. At the urging of his close friend, Beastie Boys member Mix Master Mike, he began working on his own brand as an influencer, and currently enjoys an engaged following on social media. He is a proud MAINGEAR customer who relies on the performance, stability, and support that MAINGEAR delivers to creative professionals. 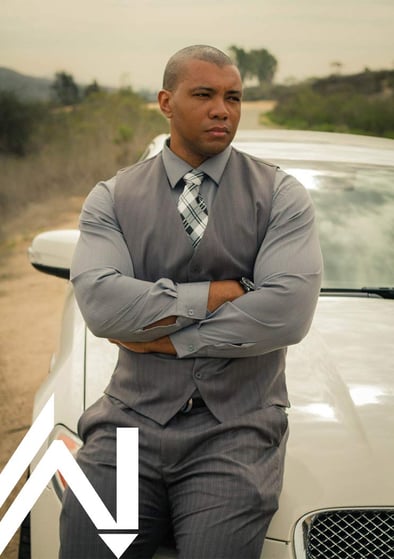 “Always work on your portfolio and don’t be afraid to put your stuff out on Behance or Art Station or Instagram. Just really start building yourself, especially as an artist, and work on your branding and market the exposure you get for yourself. That’s when the different studios or the different artists are going to start seeing you. It’s really important to network with other artists, because they’re in the studios and if that studio needs another freelance artist, a recommendation goes a long way.”
-Jonathan’s advice to up-and-coming VFX and motion graphics artists and entrepreneurs

Jonathan didn’t originally intend to go into motion graphics. An avid gamer, he was essentially told by the Art Institute that his art portfolio wasn’t strong enough for their gaming program.

“I wanted to work in video games, I wanted to work for Nintendo or Sega; I wanted to make the next Mario Brothers or Sonic,” he said. Instead, they saw promise in another application of his artistic abilities and invited him to join their new VFX and motion graphics program:

“They took me down into what was essentially a basement but was in fact their studio, and they had this giant green screen studio down there. They were actually recreating The Matrix down there. The Matrix is one of my favorite movies of all time, and they told me that’s what their program was all about...I fell in love with the tools I learned.”

He was able to work with the most popular programs at the time, many of which are still popular nearly twenty years later: 3ds Max, Maya, Combustion for compositing, and more. The Art Institute’s VFX program allowed Jonathan to broaden his portfolio, and he became more confident that he’d found his calling. Eventually, he was able to land his first internship at Happy Madison Productions after graduating with his Bachelor’s degree.

Many comedy fans likely know of Happy Madison Productions, the vehicle of Adam Sandler for many of his films, but most likely aren’t aware that Sandler’s business acumen spans several companies in the film industry, which allowed Jonathan to work on titles that weren’t tied to a Sandler or Happy Madison film or production at all.

“As soon as I got the internship, they told me they wanted to groom me into being the best artist I could be so they could use my skills in new and emerging ways of creating motion graphics. So I was able to pretty much just walk around and talk with the different artists and I got to assist on their projects. I learned about file structure, and how to organize and use the different types of programs that they were using at the time.”

Asked what his favorite project was during his time with Happy Madison he told me how he came to work on the main titles sequence for the movie Fantastic Four: Rise of the Silver Surfer, a Fox Production:

“They asked me, ‘Hey, you know, we’re working on Silver Surfer. We’re doing the main title sequence, do you know Cinema4D? That’s what all the artists are going to be using.’

At the time, I had no idea what Cinema4D was. But just to get the opportunity to work on it, I said, ‘of course!’ Back then there were no YouTube or online tutorials. So I took the big, thick manual that they had there at the studio, stayed at the office until like four o’clock every morning, just going through the manual and learning Cinema 4D. I learned it in like three days, and then I was able to develop a title sequence for that movie. That part took me about two hours.”

I was curious how all of this professional experience working on a wide range of projects in a wide variety of roles, along with striking out on his own and starting his own studio, Winbush Immersive, led to his current status as an influencer in his own right. And this is where I learned a bit more about Mix Master Mike of Beastie Boys fame.

I asked Jonathan about his tutorials and his following on social media. I wanted to know what led to him creating his personal brand and the value it brought to his career. He told me:
“I must attribute that to Mix Master Mike. I worked with him on my first VR project. And since then, we just became close friends. He’s taken me out on tour with him. We’ve done a couple of other projects.

But every time that I’m with him, I was always studying how he navigated himself in the music scene. Because he started off as - I forget how many championships he won - but he won the DMC championship for DJing several times to the point where they forced him to retire. And then from there, he went on to be the DJ for the Beastie Boys. And then after that he’s worked with Cypress Hill, Travis Barker, and all these different artists. 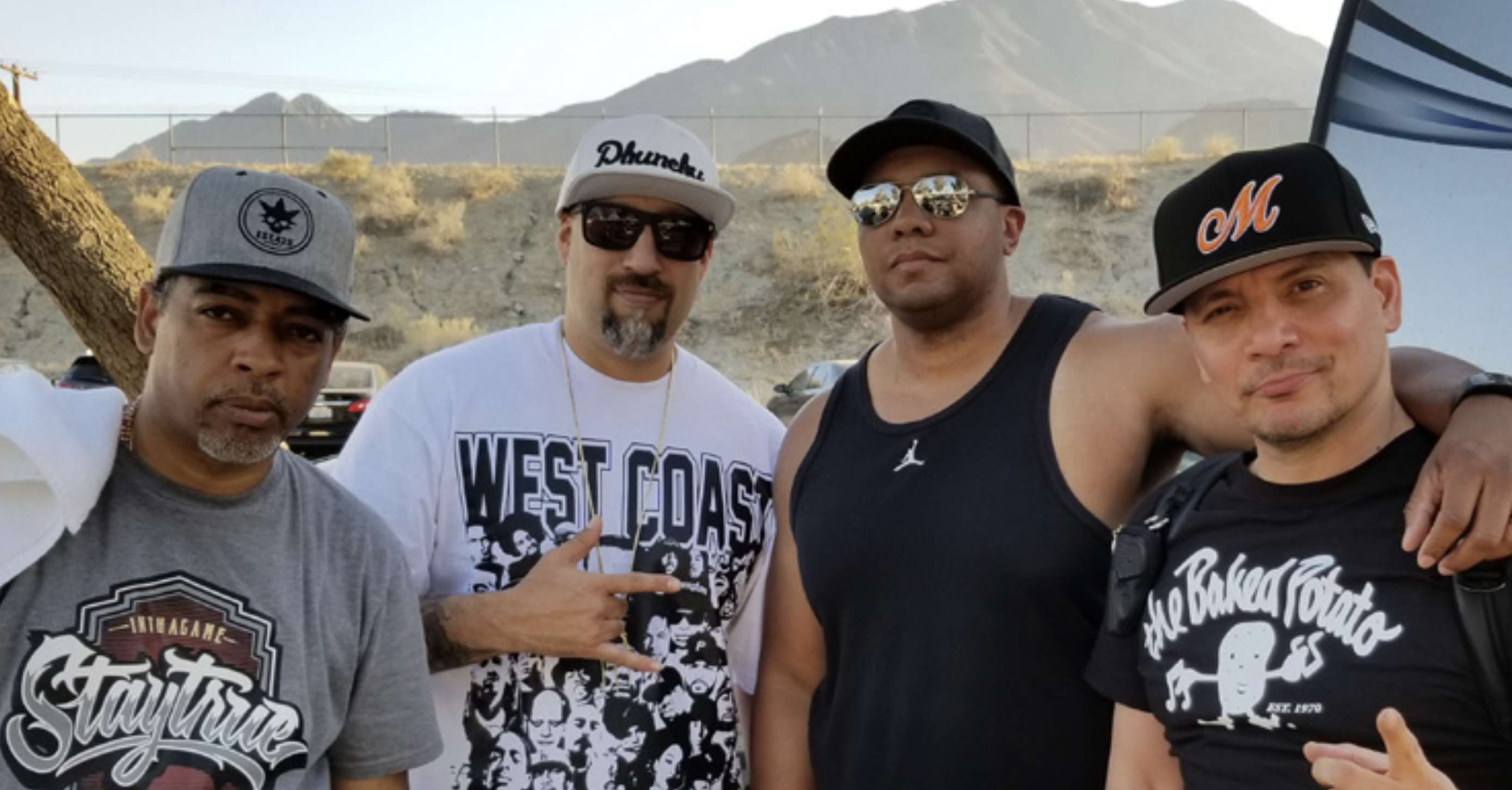 I asked Mike, ‘You know, you’re most known for working with the Beastie Boys. But on top of that, you still have your own brand, and you’re able to still go out there on tour with all these other groups. How did you do it?’ And he told me that, basically, as long as he stayed true to the Mix Master Mike branding, no matter where he ended up, you know, he always had his own identity. When he was touring with Cypress Hill around the world, it was Cypress Hill and Mix Master Mike. It wasn’t just Cypress Hill, and he was consistent in that. So that really got me to thinking like, I needed to really start working on my personal branding, so that people recognize me outside of the work that I’ve done. When you’re always working on this type of stuff, and you’re sending your work out there, people think, ‘Oh, that’s cool. You worked on Ironman, but what have you done lately,’ and you know, that rat race just gets kind of tiring. So, I got to the point to where I decided I needed to work on the Winbush brand. And that way, people are more familiar with me. It’s not about just the work that I’ve done. It’s about my brand and personality.”

After leaving Warner Brothers around 2013, Jonathan struck out on his own and leveraged his relationships with studios while he built his company. Along the way he’d been recording screen captures as he figured out more complicated techniques in his workflow, and he became the go-to guy for peers who needed some help. He shared those videos online with anyone who needed them, which became his foray into the world of social media, influencers, and building a personal brand.

“There are a lot of people trying to emulate somebody else’s success. That comes off as fake. It’s more of a marathon, it’s not a sprint. I know that takes getting used to. As long as you always focus on yourself, and develop your own community, people will gravitate towards authenticity. I’m passionate about what I do; I always share the new stuff that I discover. The big thing that’s kicked off for me was when I started tinkering with Unreal Engine. And I think that my passion really comes through and people get really excited about it as well.”

Currently, Jonathan is using his MAINGEAR F131 to create new and exciting experiences in Unreal Engine. Follow him on YouTube and also check out his Unreal Engine for Beginners course.

Get Up to $140 Off Intel NUC Products